Beautiful are the feet of them that preach the gospel of peace, Of them that bring glad tidings of good things

In a public house, darkly lit, a patriotic (sic)
Versifier whines into my face: “You must take one side
Or the other, or you’re but a fucking romantic.”
His eyes glitter hate and vanity, porter and whiskey,
And I realise that he is blind to the braille connection
Between a music and a music-maker.
“You must take one side or the other
Or you’re but a fucking romantic”:
The whine is icy
And his eyes hang loose like sheets from poles
On a bare wet hillside in winter
And his mouth gapes like a cave in ice;
It is a whine in the crotch of whose fear
Is fondled a dream gun blood-smeared;
It is in war — not poetry or music —
That men find their niche, their glory hole;
Like most of his fellows
He will abide no contradiction in the mind.
He whines: “If there is birth, there cannot be death”
And — jabbing a hysterical forefinger into my nose and eyes —
“If there is death, there cannot be birth.”
Peace to the souls of those who unlike my fellow poet
Were true to their trade
Despite death-dealing blackmail by racists:
You made music, and that was all: You were realists
And beautiful were your feet. 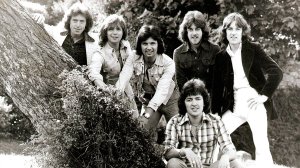 The Miami Showband was one of the most popular bands in Ireland in the 1960s and 1970s. Based in Dublin and including both Catholic and Protestant musicians, the showband toured across the island, from County Antrim to County Kerry. On July 31, 1975, while the traveling by van from Bainbridge, County Down, to Dublin, the band was pulled over at a fake military checkpoint. Unaware that the checkpoint officers in UK military uniforms were part of a paramilitary loyalist group, the band members waited by the side of the road while a time bomb was planted in their vehicle. The loyalists hoped to frame the band members as IRA-bomb smugglers. However, the bomb was mishandled during the installation and detonated early, killing the two men working with it. The remaining armed loyalists opened fire on the band members, killing three and wounding two. Later investigations (c. 2010) indicated that the mastermind behind the attack, Robin “The Jackal” Jackson, avoided arrest thanks to assistance from upper-level police officers.

My song for you this evening, it’s not to make you sad
Nor for adding to the sorrows of this troubled northern land,
But lately I’ve been thinking and it just won’t leave my mind
I’ll tell you of two friends one time who were both good friends of mine.

Allan Bell from Banagh, he lived just across the fields,
A great man for the music, the dancing and the reels.
O’Malley came from South Armagh to court young Alice fair,
And we often met on the Ryan Road and laughter filled the air

Though Allan, he was Protestant, and Sean was Catholic born
It never made a difference for the friendship, it was strong.
And sometimes in the evening when we heard the sound of drums
We said, “It won’t divide us. We always will be one.”

For the ground our fathers plowed in, the soil, it is the same,
And the places where we say our prayers have just got different names.
We talked about the friends who’d died, and hoped there’d be no more.
It’s little then we realized the tragedy in store.

It was on a Sunday morning when the awful news came round.
Another killing had been done just outside Newry Town.
We knew that Allan danced up there, we knew he liked the band.
When we heard that he was dead we just could not understand.

We gathered round the graveside on a cold and rainy day,
And the minister he closed his eyes and for no revenge he prayed.
All of us who knew him from along the Ryan Road
We bowed our heads and said a prayer for the resting of his soul.

Now fear, it filled the countryside. There was fear in every home
When late at night a car came prowling round the Ryan Road.
A Catholic would be killed tonight to even up the score.
“Oh, Christ! It’s young O’Malley they’ve taken from the door.”

“Allan was my friend,” he cried, he begged them with his fear,
But centuries of hatred have ears that cannot hear.
An eye for an eye was all that filled their minds
And another eye for another eye till everyone is blind.

So my song for you this evening, it’s not to make you sad
Nor for adding to the sorrows of our troubled northern land,
But lately I’ve been thinking and it just won’t leave my mind.
I’ll tell you of two friends one time who were both good friends of mine.

I don’t know where the moral is or where this song should end,
But I wondered just how many wars are fought between good friends.
And those who give the orders are not the ones to die.
It’s Bell and O’Malley and the likes of you and I. 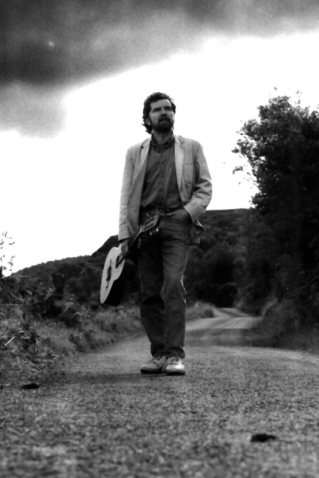 The music of Tommy Sands, folk singer and peace activist, eased tensions in Northern Ireland during the Troubles and helped pave the way for the Good Friday Agreement signed in Belfast on April 10, 1998. Sands wrote There Were Roses after two of his friends — one Protestant, one Catholic — were murdered by warring republican and loyalist paramilitary groups in 1974. There Were Roses was first recorded by Robbie O’Connell, Mick Moloney, and Jimmy Keane on the Green Linnet label in 1985.